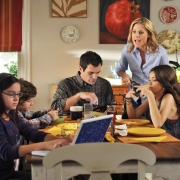 Much of our marketing material features the phrase, “Studies show that people would rather text than talk.” We also use this as a conversation starter during sales presentations, with many people wondering why and how this pattern has come to exist in our society.

The article below appeared in USA today, and takes a stab at explaining why families are turning to texting, rather than talking (or yelling). While the article does not directly address the issue of business texting, it does demonstrate the fact that texting has become a deep part of our culture. As business people, we must communicate with our customers, clients, employees, and associates in a way that they feel comfortable. Not sending messages via text increases the risk that we will be ignored. You may like doing business via email or the telephone, but people are more and more comfortable communicating, and therefore doing business, via text.

Scheduling appointments, confirming service, asking product questions, or getting technical support are all tasks that you must be able to handle via text. If you don’t have a texting strategy as part of your business communications plan, your customers may soon be leaving you for a competitor who does.

If you were forced to do business with a vendor only via snail mail or fax, I’m sure you would soon be looking for a replacement for that vendor. In a very short time, email and phone calls will soon be in that same bucket with snail mail and faxes.

Are you texters or yellers? Many families are turning to texting at home to ‘talk’

It’s time for homework or to summon the troops for dinner. Sure, you could holler upstairs, but that seems so last century. You save your voice and text them instead.

And let’s be honest. It’s not just the kids we are texting – we’re also texting each other, at home.

So is texting under one roof becoming the modern-day equivalent of the dinner bell or intercom? Or is it yet one more example of our obsession with technology taking the place of face-to-face communications?

The mere act of texting one another in the same house may be built on the assumption that your kid is already glued to a screen at the other end – quite likely on Instagram or playing a game, rather than reading or studying for the next day’s exam. Does that mean you are unwittingly condoning their dependence on such a device by communicating this way?

Many parents who exchanged messages with USA TODAY are perfectly cool with same-home texting or even the odd phone call that requires only a quick answer to a casual question or that reminds the kids that food is on the table or that it’s time to get to the household chores.

For that matter, though, your son or daughter is just as likely to text first. (“Dad, can you approve my app request?”)

Texting instead of yelling

“This is 2019. We use technology rather than yelling through the house,” says Michigan nurse Wendy Anton, who not only texts with the family at home but communicates with them via Amazon Alexa. And Anton says, “the adults will also text each other for the same reasons or even if we want to say things we don’t want the kids to hear.”

“It is an aggressive act and loses all the subtleties of regular voice without the benefit of adding an emoji for clarification,” she says. “Humans react instinctively to certain behaviors and yelling creates a defensive reaction until decoded. If Mom yells, ‘Come down here, please,’ it’s hard to know if you’re in trouble or if she just needs to tell you something that yelling can’t accomplish. If, like most houses, there is no response to the first yell, then the next yell loses the ‘please’ and reflects the annoyance of being ignored.”

But Pittsburgh psychologist Dr. Nancy Mramor says we often turn to technology as an “avoidance technique” when we think we’re in hot water.

“It doesn’t even have to be a teenager who’s going to get in trouble,” she says, “but rather anybody who wants to communicate with somebody but wants to avoid a long conversation.”

Though we may message family members as a nudge or as a random touchpoint, texting in the house is often a prelude to a deeper conversation.

“Sometimes I am OK with it, especially if it is something they are embarrassed to say face to face,” says Tamra Forsman, a mother of three in Washington state. “I will let them text, then say come see me so we can talk. I try to balance out communicating in their way – text – and my way – conversation – because I realize relationships are give and take. I guess I just feel that communication is so important, especially in the teen years. I am thankful for a text because a lot of teens would never text their mom, so I take the win.”

Houston mom Kelli Jones Geiger echoes those thoughts. Geiger says she resisted texting at home with her teenage daughter for a long time. But now the two sometimes text even when they’re sitting next to each other on the couch.

“At 14, some things are hard to talk face to face with Mom about. I meet her at her level, and we are able to come together. I have the chance to edit my words before blurting them out. It opens up the lines of communication for both of us.”

In Fort Worth, Cara Gunia has a similar experience with her 12-year-old son, who has a more difficult time talking to her than his sister, who is a year older.

“There have been quite a few times that he has texted me, letting me know that someone said something inappropriate or that he was watching something and an inappropriate commercial came up before he realized what was going on, things like that,” Gunia says. “Then, when the time is right, I’ll bring it up and he’s really comfortable talking. I can always tell that he’s just waiting to talk to me about it. It’s really sweet.”

Kids may also see it that way.

In Chandler, Arizona, Amy Wing’s 12-year-old daughter Erin explains to her mother why she texts her: “I text you when there’s something difficult for me to talk about straight to your face, or if I’m tired or doing something, or if I’m with friends and don’t want to go and talk to you. If you call me to come talk to you, I’ll go. But if I need something and it doesn’t have to be straight away, I’ll text you.”

To be sure, some parents remain dead set against the practice.

Katie May, a mother of six, forbids texting in the house in favor of “forcing human interaction at all costs.”

The effects of texting at home

“What has happened in our society is we don’t exist separate from our devices anymore because we’ve learned to do so many things dependently on our device,” says Mramor. “One of the things that’s happening with technology, which is very unfortunate, is people responding with brevity as opposed to really talking something through. Social interaction is not learned. Reading of body language is not learned. Social skill in navigating a conversation is not learned.”

But Rutledge says, “We have this illusion that before cellphones, children would happily come downstairs for meaningful face time. Not so. If I had a dime for every time I had to yell back up the stairs to some query, ‘I can’t understand what you’re saying, please come down if you want to ask me something,’ I’d be a very rich woman.”

However, Rutledge sees another positive to texting.

“My kids send me pictures of their cats. That’s nice because what it’s really telling you that they’re thinking about you. It’s really not about the cat – well mostly. What we don’t talk about is those silly things make us feel more connected.” 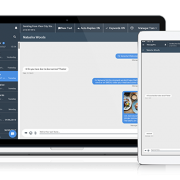 Business Texting During The Pandemic - Do Not Go Silent 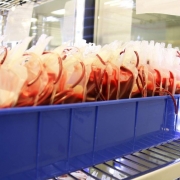 Where did my blood donation go? Find out with Text Messaging 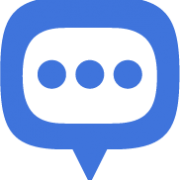 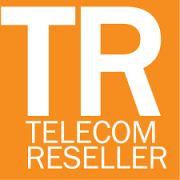 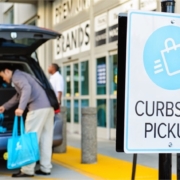 Want to join the discussion?
Feel free to contribute!

SMS and Secure Messaging: The digital health tools of the century